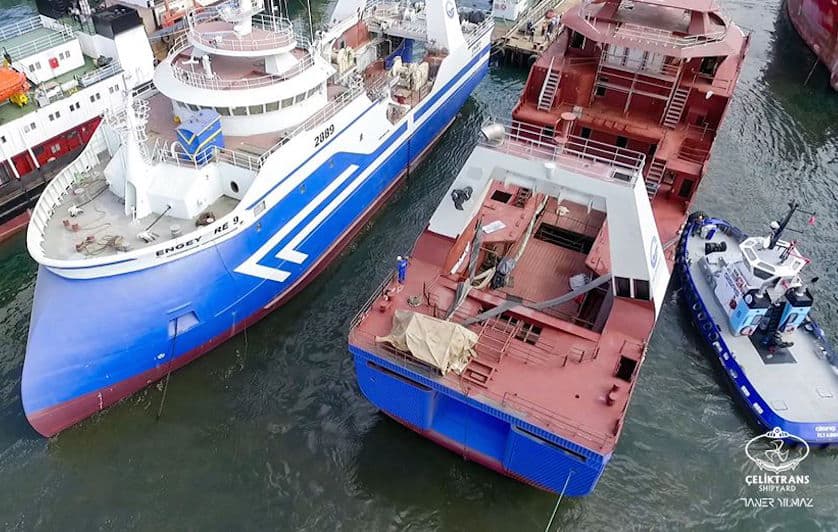 Two of HB Grandi’s new demersal trawlers are now in the water, with the third of the new Nautic designed sister ships due to follow shortly, while several other Turkish yards are also busy with newbuilds for operators in Iceland.

Akurey slid down the ways and into the water yesterday at the Celiktrans yard to be tied up next to sister vessel Engey, the first of the trio and due to be completed around the end of the year. The hull of the third of the newbuilds for HB Grandi, Viðey, is making progress.

Things have been busy in Turkey. As well as the three demersal trawlers for HB Grandi, the same yard has also delivered new pelagic vessels Venus and Víkingur to the same customer.

While Celiktrans is busy with orders for HB Grandi, The Tersan yard recently launched Rammi’s new Skipsteknisk-designed factory trawler Sólborg and the Cemre yard also launched Samherji’s Björgúlfur, one of as series for the company and for FISK Seafood.

VSV and Gunnvör instead went to China for their newbuilds, with the new 55 metre Skipasýn-designed trawlers due to be complete early next year.

Antares takes Simek back to fishing

Serene a milestone for Danish yard