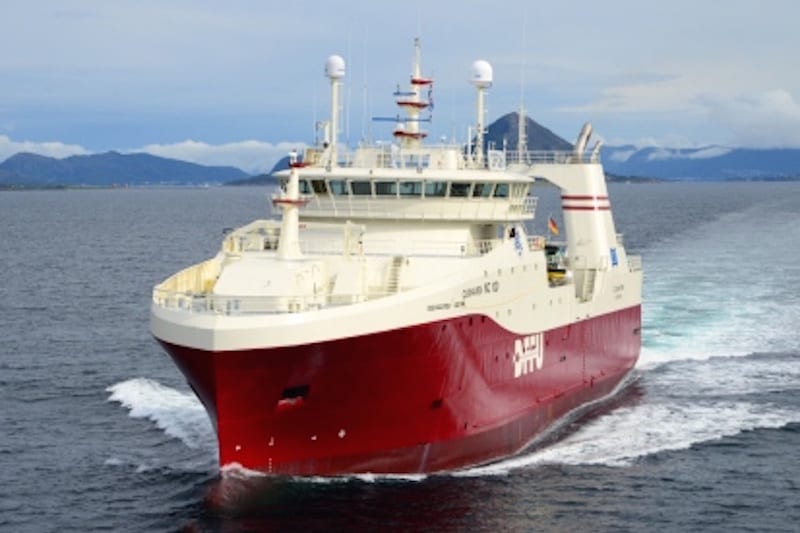 The first new trawler for German fishing company Deutsche Fischfang Union has been delivered by the Myklebust shipyard in Germany and sailed from Ålesund for its first trip.

Samherji’s owners, along with DFFU MD Haraldur Grétarsson and fleet manager Óskar Ævarsson were in Ålesund to take delivery of the new trawler which was kitted out with fishing gear and provisioned before sailing for the Barents Sea.

Cuxhaven’s skippers are Stefán Viðar Thórisson and Hannes Kristjánsson, and they sail with a crew of 35.

According to DFFU’s Haraldur Grétarsson, the new trawler is expected to be considerably more economic to operate than the company’s older trawlers. Its catch handling deck has been fitted out by Slippurinn and includes processing equipment from Vélfag.

‘This is a turning point for DFFU in Germany,’ he said.

‘Conditions for the crew are significantly better. Ensuring that everything in such a sophisticated vessel works is a challenge and the next few weeks are going to be exciting.’