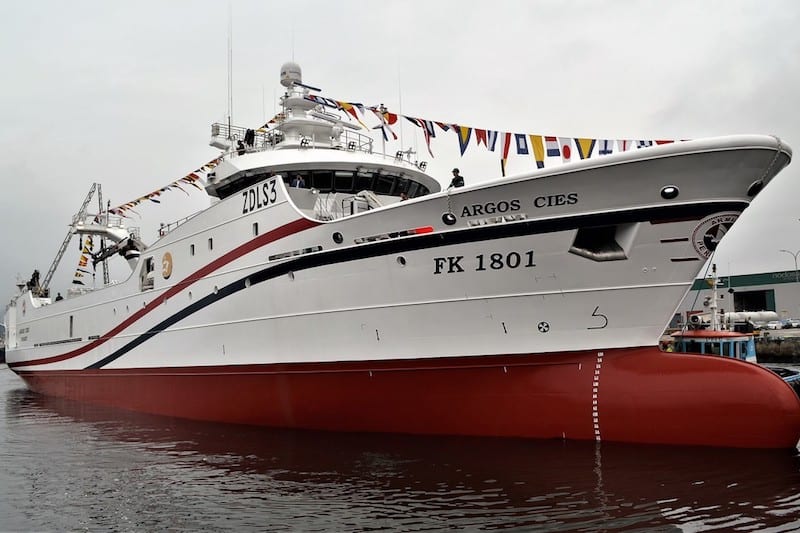 The Nodosa Shipyard at Marín in Spain has delivered over a new freezer trawler which will be sailing south to fish for squid in Falklands Islands waters.

The new Argos Cíes has been built for the Jupiter Fishing Company, a joint venture between Pereira Fishing and the Argos Group, and was handed over following the launch at the yard earlier this week.

Argos Cíes is the latest new delivery in the ongoing renewal of the Falklands fleet, which until recently had previously not seen any renewal for many years.

The new trawler measures 74 metre LOA, with a 14 metre beam and it has a 3000kW Wärtsilä 6L32 main engine driving a 4000mm Schottel controllable pitch propeller via a Reintjes gearbox.

Ibercisa supplied the full package of deck equipment, including 39-tonne trawl winches with a Scantrol iSYM management system. Argos Cíes has a 2270 cubic metre fishroom and capacity to freeze 75 tonnes per day.