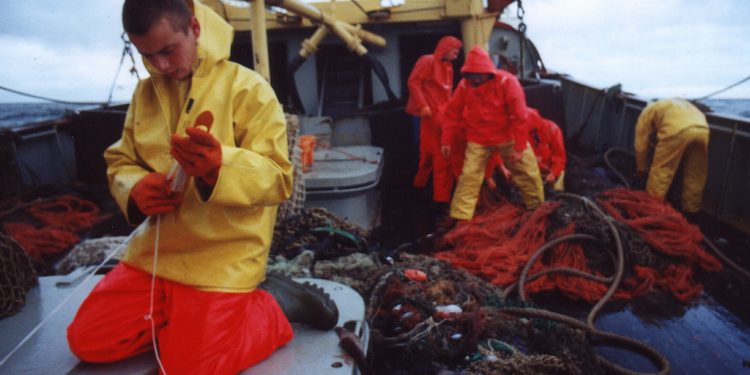 A crucial vote on the future of bottom fishing is about to take place in plenary session at the European Parliament. The consequences of this hastily organised vote could prove devastating for the fishing industry across Europe, as well as for the continent’s food security and sovereignty.

EBFA points out that demersal fisheries play a fundamental role in the supply of food landing annually more than a million tonnes of healthy and sustainable seafood, representing around 25% of total EU landings in weight and value.

According to EBFA, the outcome would be that imports of seafood from parts of the world where there is little to no requirement for sustainability of accountability would increase to meet the shortfall in locally-produced fish, and against the backdrop of the war being fought in Ukraine, European legislators should look at how to strengthen this sovereignty rather than dramatically weakening it.

The indication is strongly that initiatives are being made to get rid of bottom fishing, not for environmental reason, but to clear the seabed for other activities that are highly damaging to the marine environment.

EBFA members have expressed their surprise to note that while NGOs are so eager to protect MPAs against fishing, they don’t seem to have the same commitment to protect them from mass nature artificialisation. It seems that the industrialisation of the sea planned by the exponential expansion of windfarms, including in marine protected areas, does not form part of their political message, as has been seen with the example of the Dogger Bank in the UK.

At the same time, any demands for science-based decision-making appear to have been abandoned by the NGOs.

‘It is unacceptable to see that particularly disputed scientific studies – some of which have even been retracted for a lack of scientific rigour – are the basis of the ongoing discussion. The EU cannot legislate based on emotional campaigns from NGOs without even looking first at any Commission’s proposal, the underpinning science and the necessary political debate,’ said EBFA chairman Ivan Lopez.

‘Thousands of local fishermen and their families will be the victims of undemocratic debates staged by NGOs. Our fishermen’s continued investments in technology and science would be frustrated by arbitrary prohibitions. Yes, we can do and will do better, but as long as we are permitted to continue with our traditional activity.’

He commented that the fishing industry has for decades, in collaboration with EU authorities, has been investing in effective fisheries management. In this context, the industry has helped mapping the seas to identify vulnerable areas, and in some cases, EBFA members have been proactive in closing areas to fishing when needed. This has also helped identifying sustainable areas for bottom fisheries to operate.

As a result, fleets mostly operate over sandy, high wave-action seafloor habitats that are able to withstand this kind of fishing effort.

EBFA members have heavily invested in technology so as to make their vessels more selective, use lower- impact techniques and reduce fuel consumption.

‘The sustainability of bottom fishing has been scientifically proven, notably in the Atlantic where nearly 100% of the landings from EU-regulated stocks come from populations fished at Maximum Sustainable Yield (MSY) levels. Fully assessed fish stocks in the Atlantic have been increasing significantly, reaching in only 10 years abundance levels 50% higher than in 2010,’ he said.

EBFA urges members of the European Parliament to organise a science-based debate around this issue at European level, with all stakeholders involved.

‘We are not denying that bottom fisheries have an impact on the environment. It is however worth pointing out that everything we do in life as human beings affects the environment and producing food is no different. Everything we eat costs the planet something,’ Ivan Lopez said.

‘In the fishing sector we do that for a very good reason: to produce healthy, sustainable, and nutritious seafood, with a low impact, no pesticides and no freshwater consumption. We are thus very surprised by this move from European Parliament and strongly call on MEPs to assess the situation very carefully. This vote cannot be taken lightly and must be substantiated by scientific data – which clearly has not been the case yet.’